You are here: Home > Dominica
All posts from ird.gov.dm

Who Pays This License?

Persons carrying on a business using a Motor Vehicle and persons using a Stall or Tray exposing goods, wares, merchandise or provision (other than livestock or any produce of a thing made or manufactured in Domininca) for sale otherwise than in a building.

When Is the License Due?

It is due on or before January 31, every year.

How much does the license cost?
There are two types of Hucksters license
** Itinerant Huckster license which is $250.00 and is paid by persons who use a motor vehicle for carrying on the business of selling goods, wares,merchandise or provisions

** The Other Huckster license is paid by persons who operate their business by using a Tray or Stall for exposing their goods as stated in the Act. The license is $50.00

Are there returns to be filed?
Remittances are sent to the taxpayer on an annual basis reminding them of their hucksters license.

What is the fee late?
10% of the license fee will be charged for any late payments.

Are there criminal penalties?
Any person found guilty of an offence against the act is liable to a fine of $5000.00 and (or) six months imprisonment. 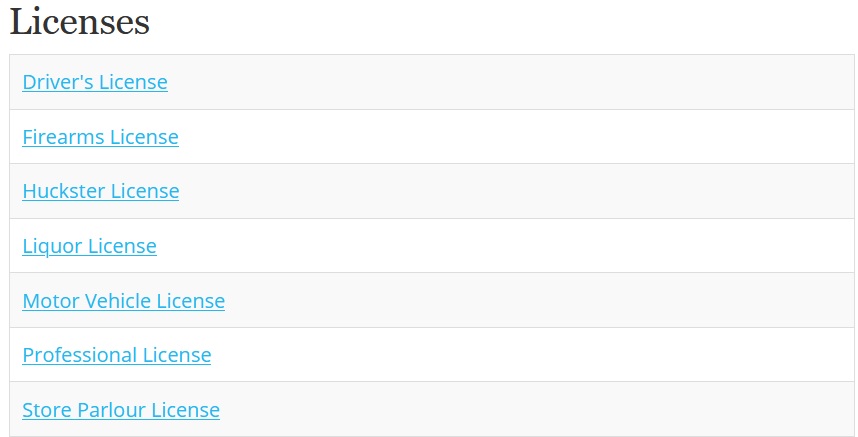 Chapter 15, Sub Section 31 of the Laws of the Commonwealth of Dominica is used as the legislation through which decisions relating to a Fire Arm are made.

Although the collection of Fire Arm payments is done through the office of the Comptroller of Inland Revenue, the Act is administered solely through the Commissioner of Police or any officer authorized to act on his behalf.

1. Is the income I receive from overseas taxable?
All taxpayer meeting the requirement as a resident individual in Dominica during the basis period for the year of assessment is subjected to be taxed on their global Income. Their global Income should exclude income tax are exempt under the Tax act, income that can only be taxed in the jurisdiction where it is earned if there is in existence of a Tax treaty.

2. When a tax payer changes his or her name and /or address, should he notify the Division?
The tax payer should communicate to the Division, either in writing or electronically notifying them of the change of address as well as any other updates that are required. In the case of a name change, the Taxpayer must provide legal documentary evidence to satisfy the Inland Revenue.

3. A Tax payer discovers that he has two Tax Account Numbers, what must he do?
By first indentifying themselves, the tax payer will give the two tax account numbers and will be required to provide the revenue officer with information that will assist in identifying which account number is the correct one. The other number will then be discarded in order to complete the process.