You are here: Home > Sweden
All posts from skatteverket.se

What is Skatteverket New Parents?

There is information here about things that are important to know when you have become a parent, for example the child’s personal identity number, custody and citizenship. Remember that within three months we need to know the child’s given name(s) and, in some cases, surname. 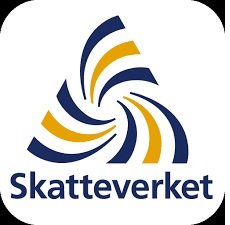 How To Get The Skatteverket New Parents Form?

How to fill in the Skatteverket New Parents form?

Be careful to fill in the form correctly. It is very difficult to alter the information afterwards.

Having a child in Sweden when you are not registered here:
Have you given birth to a child in Sweden even though you are not registered here? If so, you need to fill in the form Komplettering till födelseanmälan and send it to the Swedish Tax Agency.
Your child’s birth will then be registered with the Swedish Tax Agency. This is extremely important to, for example, enable you to
**Apply for asylum for the child
**Apply for a passport for the child
**Register the child in another country.

It is particularly important that you enter on the form whether you are married to a person who is registered in Sweden, because, in that case, your child can also be registered.

Custody is a judicial concept. The person who has custody of a child makes decisions regarding that child. Custody must not be confused with day-to-day care.
A child is in someone’s custody until the age of 18.

Joint or Sole Custody:
If the parents are married when the child is born, they automatically have joint custody of their child. If the parents are not married, the mother automatically has sole custody. You can register that you want to have joint custody in conjunction with the establishment of paternity or (for a woman) parenthood by the social welfare board in your municipality.
Parents can also register joint custody at a later date, but this is then done directly with the Tax Agency. For this to be possible, there may be no previous decision regarding custody and the child must be registered as living in Sweden.
Custody registered in conjunction with the establishment of paternity, parenthood or directly with the Tax Agency applies from the day the Tax Agency registers the information.

Custody By Agreement:
If either parent has sole custody of the child, you can enter into an agreement that you will instead have joint custody or that the other parent will have custody. Parents who have joint custody of the child can enter into an agreement that one of them will have sole custody.
The agreement must be approved by the social welfare board, which then notifies the Swedish Tax Agency. Custody by agreement applies from the day the social welfare board approves the agreement.

Custody in International Relationships:
If parents have a foreign decision concerning custody, this can be shown to the Tax Agency in order to prove custody. Under certain conditions, foreign custody decisions also apply here in Sweden. If a foreign decision is not valid in Sweden, i.e. it is not covered by the regulations applicable here, you can instead turn to the social welfare board in your municipality or to the district court in order to establish custody.

Instead of paternity, parenthood can, in accordance with Chapter 1, Section 9 of the Children and Parents Code, be established for a woman who is a wife, registered partner or cohabitee of the child’s mother. The woman is then registered as a parent, though not as mother, in the population register. Parenthood is established by the social welfare board in the municipality in which the child is registered.

When a child is registered in the population register, the Tax Agency makes an assessment of what citizenship the child has acquired.

If you and your wife, husband or registered partner adopt a child, the adoption is registered in the population registration information concerning the child, you, the child’s other adoptive parent and the child’s biological parents. The corresponding applies if you have adopted the child alone. If a Swedish court has made a decision regarding the adoption, the court will notify the Tax Agency.